We are committed to shipping your orders on the next business day.

Immersion like you’ve never felt it before. Vortx is the world's first environmental simulator for PC gaming that utilizes our unique algorithm to detect game events and bring the action to life.

"It's a unique immersion device built for an era when game developers are pushing at the edges of escapism from every angle, with every human sense."

An LED-framed adjustable sensitivity dial helps you choose the perfect temperature and airflow for an experience tuned to your surroundings. Select an idle color that matches your rig, and during gameplay, Vortx will match the scene on your screen and sync with your other peripherals.

Turn up the Heat

Our Software Engine’s custom ambience technology analyzes audio and video streams to recognize game context and trigger effects that mirror your environment. Feel pulses of heat with every explosion, icy air in subzero climates, or the wind whipping across your face as you dive into an intense battle royale match.

Performance we stand behind

Built with a ceramic heater and a high-powered fan, and housed in a temperature-resistant shell. Backed up with our hassle-free warranty and in-house customer support team. With dual-function mode, the device even doubles as a smart fan.

Thank you for submitting a review!

Your input is very much appreciated. Share it with your friends so they can enjoy it too! 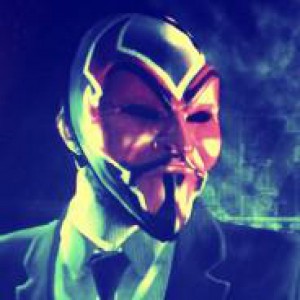 i really love this and when playing online and getting shot by a rocket the blast is so hot it is amazing, when u parachute in you get blown away, overall very awesome

I learn about The Vortx machine by Whirlwind FX through Facebook. A special effect machine that blows hot and cold base on what happens on your screen and the sound that be admitted. I first, was a bit skeptical about a machine its price range was going to be able to pull this off. After setting it up with my computer system, and trying it out with different. media, I was pleasantly surprised. The Vortx adds Games like Overwatch, and Hyperspace really a another dimension to the gaming experience.do feel temperature changes in weren't games when the environments switch to warm and cold colors. In films and television, it was a mixed bag as a machine sometimes couldn't correspond with the audio and visual elements correctly. That being said, it's not a bad product if you're tech-head that wants to add a machine that makes you feel that your in the game or the film that you're watching. If Whirlwind FX gets into gaming chair business with rumble and force-feedback along with Vortx, they may have something fun and exciting here..

I bought one unit and was impressed by the air FX so I had it sitting on the left side, good distribution of the FX. I had to buy another one to greatly improve the feel of the game. One will do the job but adding a second one completed the experience but again one is ok. I highly recommend this addition to your gaming experience. Awesome!!

Nobody else makes something like it. The vortx has a lot of power, it’ll blow your hair back. I use it in VR flight games for extra immersion and it’s well worth it. Note it is loud, you’ll want headphones on. Overall 9/10